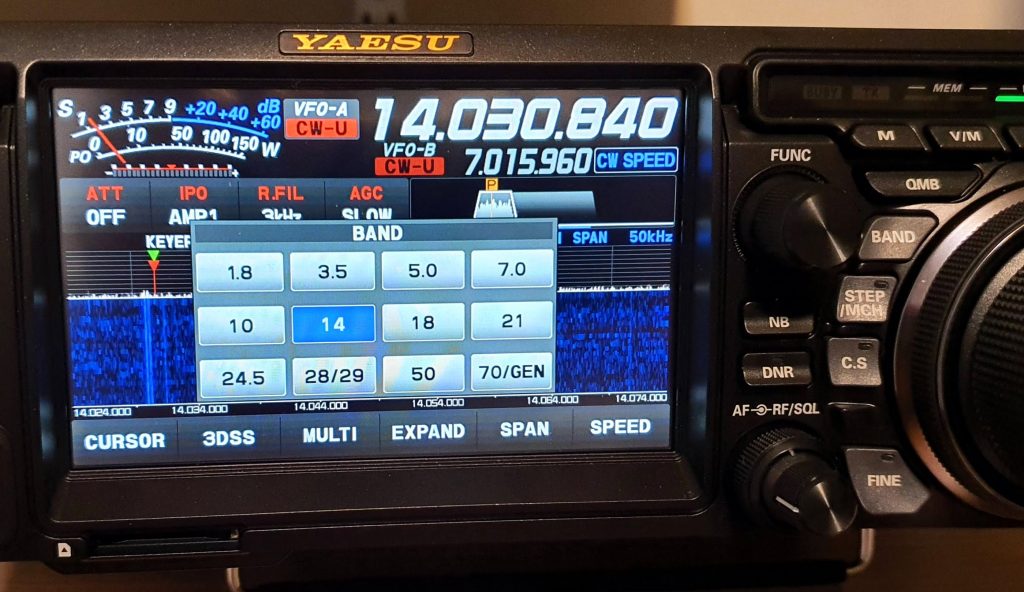 In V1.04 you could do this by pressing the BAND key, then selecting the same band from the touch pad or by  pressing the FUNC knob.

Yet, Yaesu engineers have placed these two keys in the tightest place on the entire front panel, between the main VFO dial and FUNC knob on one side and SHIFT/WIDTH knob on the other. I’m sure they could have placed them in a better spot, anywhere would be better than where they are now.

I have a few other gripes about the FTDX10 UI, but I’ll probably write a completely separate article about it.

The display firmware V1.03 (which is part of the V1.06 package) finally addresses the waterfall issue. In previous versions, once you key the rig, even for a split second, the entire waterfall is erased and starts anew. In the latest firmware version they have addressed this so that your waterfall “status” remains in the memory and the moment you go back to receiving it is displayed as it was before you keyed the rig and continues from there.

They have also added the PRESET value on the MODE panel, which lets you configure several important settings required for the FT8 operation (details)