From 12 Agust – 6 Spetember 2019 I will be QRV from Italy and Bosnia, signing as I5/VK4DX and E7/VK4DX respectively. I’m planning to activate a few WWFF parks in Bosnia and some SOTA peaks if time permits.

What a difference a continent makes! 🙂

I lived in Australia for the past 21 years and have gotten used to almost everything I hear being a DX, usually 8,000km or more away from here. Having finally operated from Europe again it reminded me that the world of HF looks very, very different from there.

We go to Europe to visit our family and friends every one or two years and this time I have decided to take my radio and a linked dipole with me. The best thing I’ve done in a long time.

With conditions being awful here in VK and almost nothing to work on HF, I was curious as to what I will be able to hear and work from Bosnia.

The first experience was very surprising. I’ve hanged the linked dipole in my mother-in-law’s backyard, one end off the cherry tree about 5m high with the other end going down to another tree just about 2m above the ground. The antenna was right next to the wall almost touching it and had quite a few other houses within meters from it.

This small town (Vogošća) is surrounded with hills ranging from 500 – 800+ m asl, so the location was pretty much terrible.

I hooked the radio to the battery and operated from the car parked in the front yard.

A short CQ on 20m SSB and not long after that I had 30-ish stations in the log.

Over the next couple of weeks I operated portable or mobile from several places and activated three WWFF areas and one SOTA summit.

The experience was unbelievable.

In Australia, if I go out to activate a park I usually operate for 2-3 hours, sometimes even longer, in order to get 44 QSOs in the log. Sometimes I get to the magical number, but sometimes there’s just not enough stations on the band and I end up short. These are almost always only SSB QSOs. If I make 5-6 CW QSOs that’s a big bonus.

From Bosnia, it takes 15-20 minutes to get 44 QSOs in log. The activity is just not possible to compare, hundreds of stations for one in VK. CW to SSB ratio seems to be around 50:50 as well.

From Jahorina (E7FF-0015) I logged about 250 QSOs in 3 hours. The funny thing is that the antenna was 300m above ground. Well, not really, it was stretched between two trees, but if you walk just a few metres from these trees to the north, the ground drops 300m almost instantly. The location I operated from was about 1,900m asl. Most of the reports were “Man, you’ve got a big, big signal here.” 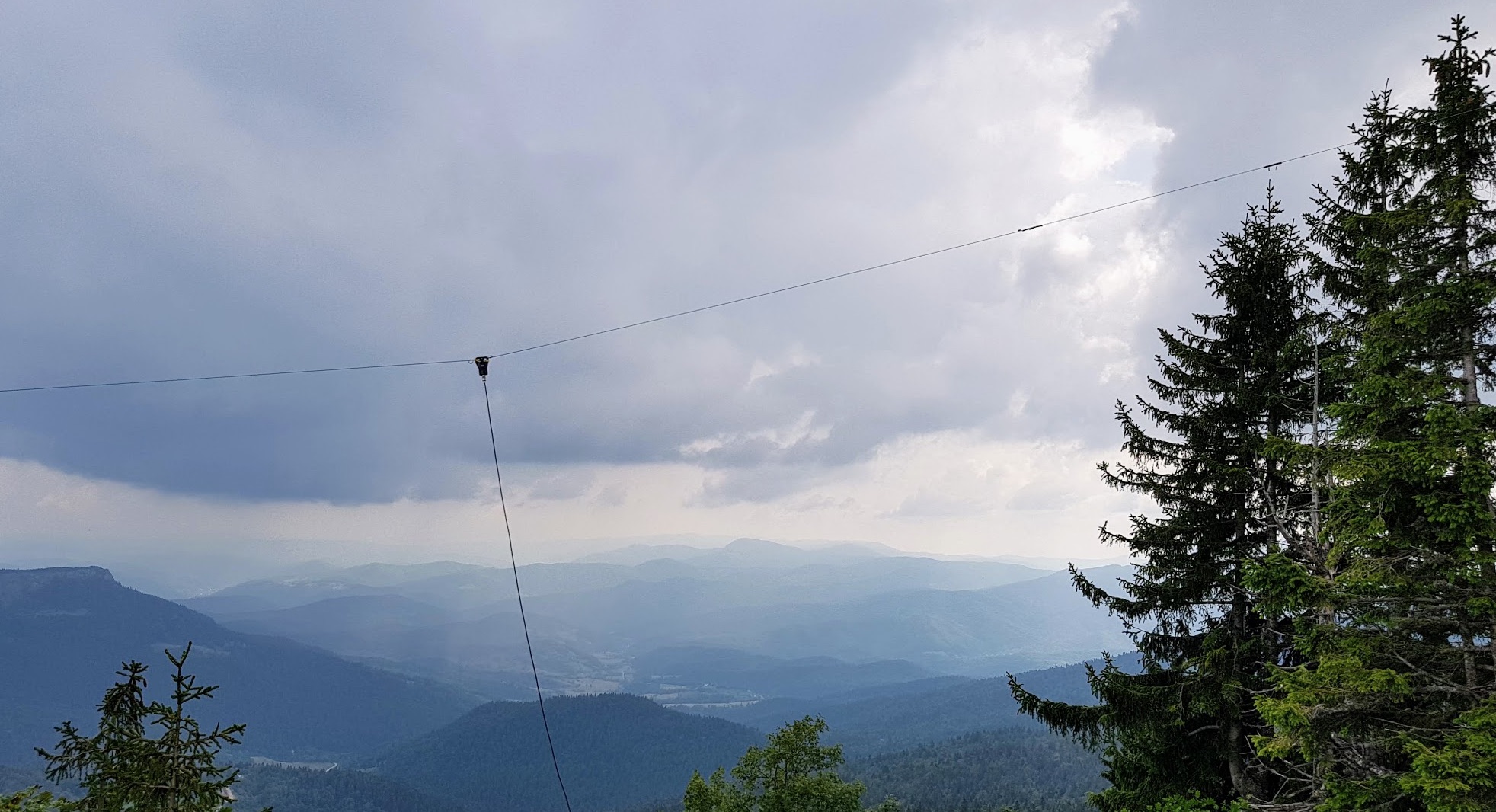 My operating position on Trebevic (E7FF-0006) was also very high, some 1,600m asl, but I had to cut the operation short after about two hours and 200 QSOs as I found myself in the middle of a really bad storm, with lightning strikes just a few hundred meters away. 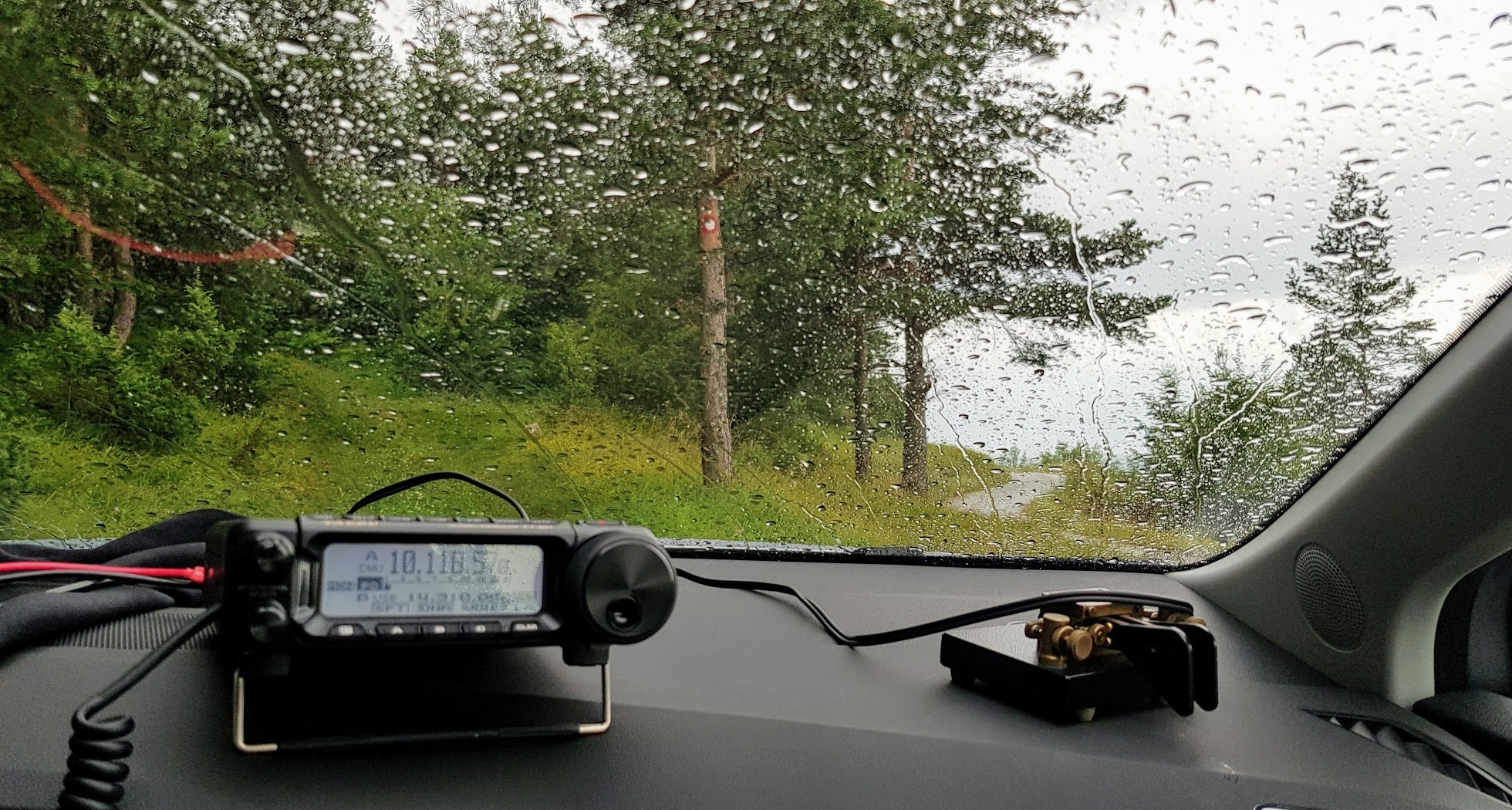 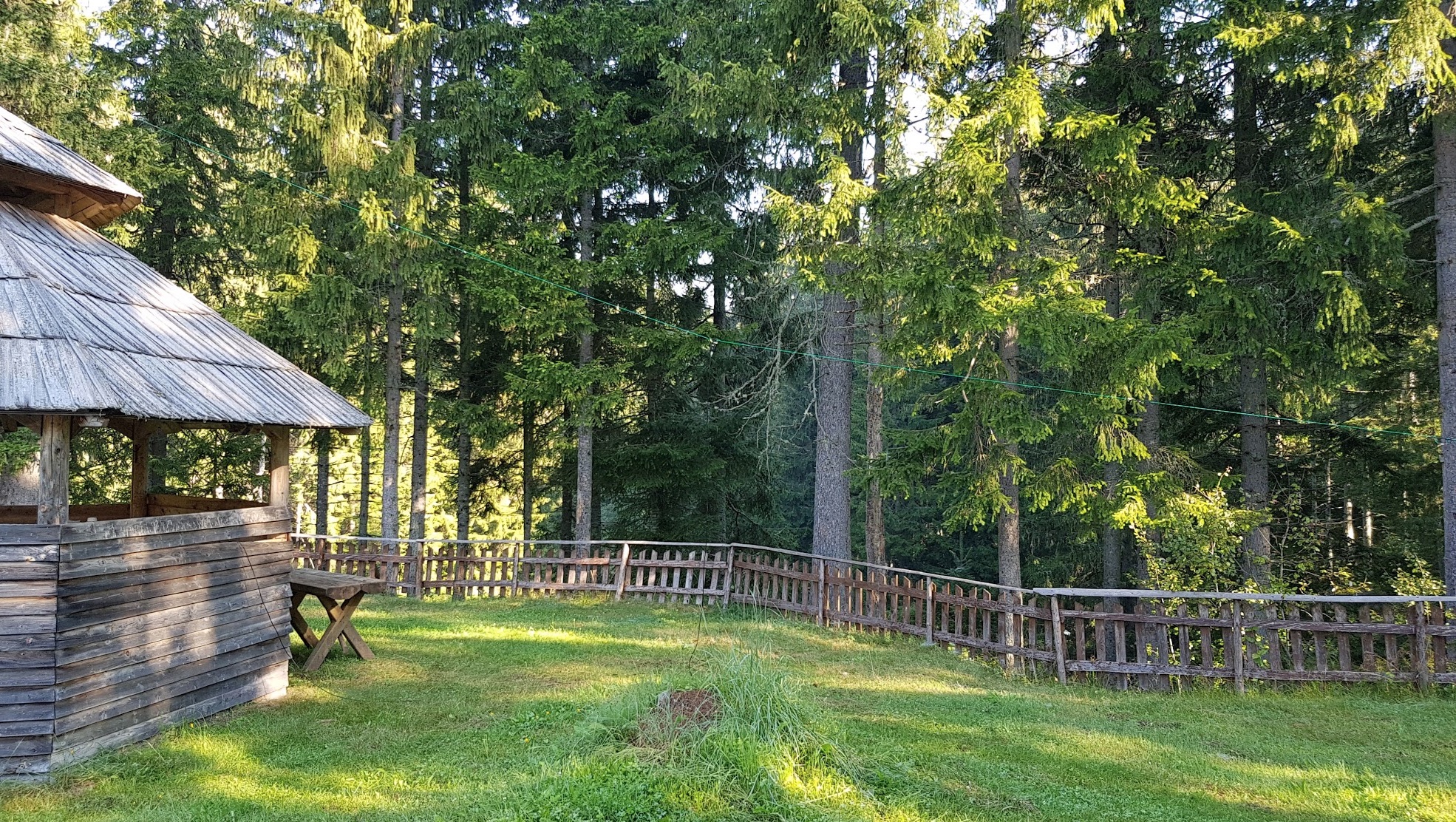 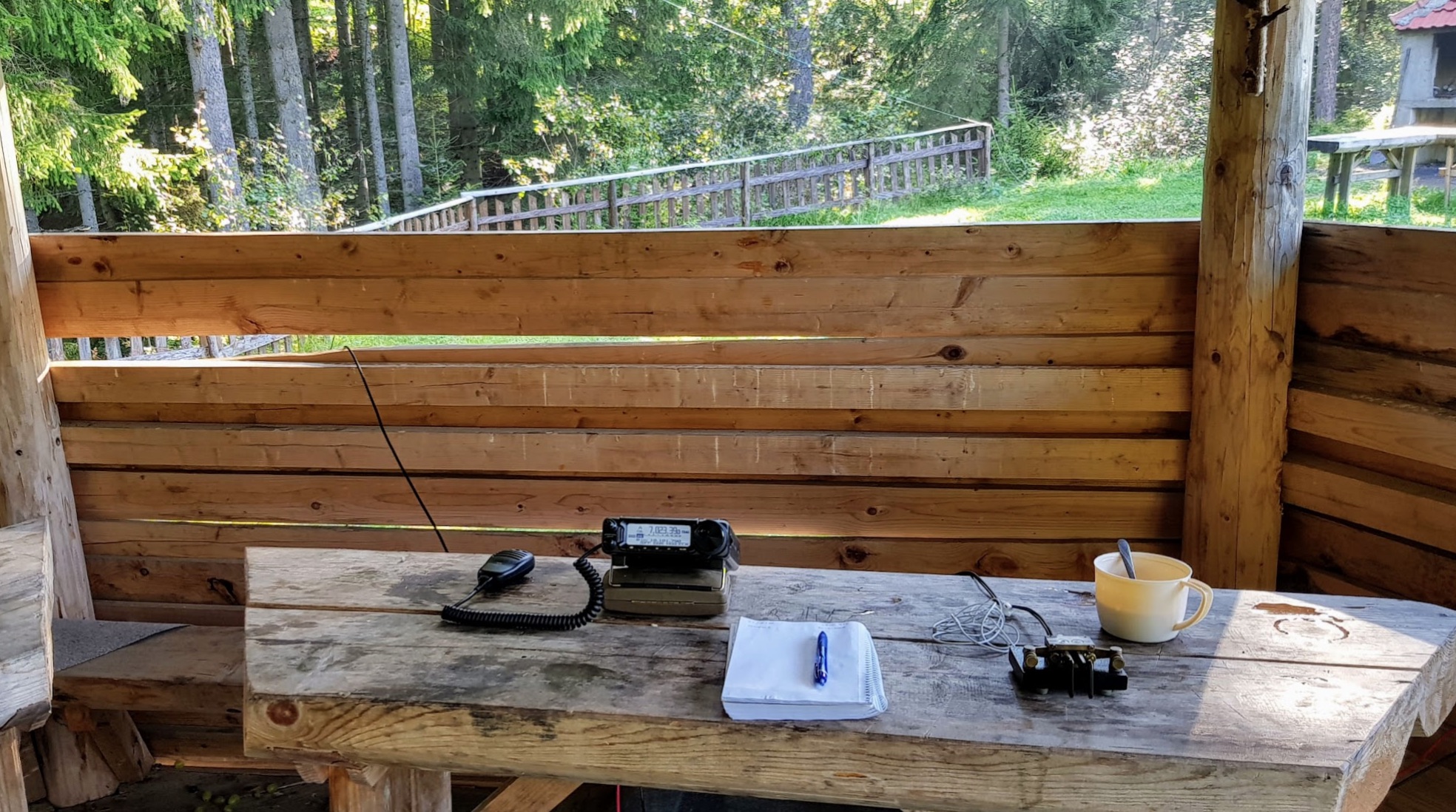 I was quite lucky to operate from there in the first place. A day before I visited the park  with my wife to see the caves. 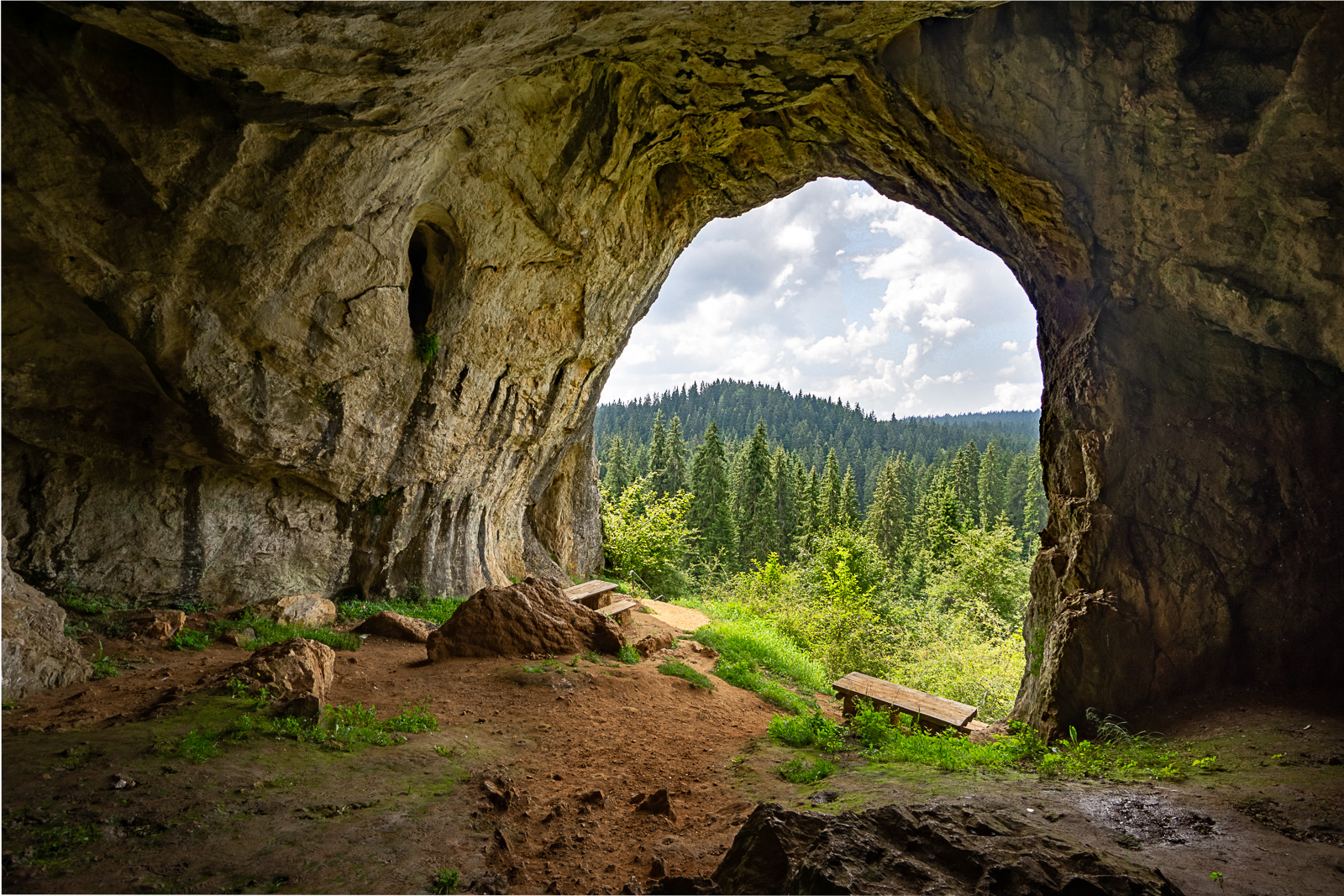 On the way out I spoke to the security guard who got me in touch with the park manager and after a few calls between him and the state manager for national parks I was given permission to enter the park with my car and operate from a certain spot hidden from visitors.

I wasn’t aware of this, but the Bosnian regional manager E77O later advised that this was a first operation from Bijambare, a new one for everyone – yay!

Here is a video of a few minutes on air from there.

The park is absolutely amazing. If you ever go to Bosnia and don’t visit Bijambare, you’re just … a little bit more than crazy.

Unfortunately, neither of these three parks counted for SOTA as I was operating from the car or was connected directly to the battery in the car, and I was tiny bit short of the -25m summit area.

However, the Hum (E7/BO-066) was a complete SOTA job, operating from the very top and using an old car battery that I had to carry (and almost breaking my back) for the last few hundred meters … and back to the car. It’s incredible what 20w with a low dipole can do when used at high altitude.

I’m back home in Australia now and have finalised all logs. All QSOs from the paper notebook have now been entered into the computer log and submitted to WWFF and SOTA online logs. I will be printing QSLs shortly, so for those of you who would like to have the QSO confirmed on paper – it’s coming soon.

The log will be uploaded to the ClubLog soon as well.

Taking the radio gear with me was a last minute decision, so operating from Bosnia was pretty much unplanned and completely disorganised. For next time (likely in 2020) I’ll have some schedule and definitely have my laptop for logging, entering over 2000 QSOs in the computer log was a real pain.

Thanks everyone for the QSOs, your patience and endless fun. See you in 2020 from E7 and in the meantime from some other places closer to VK. 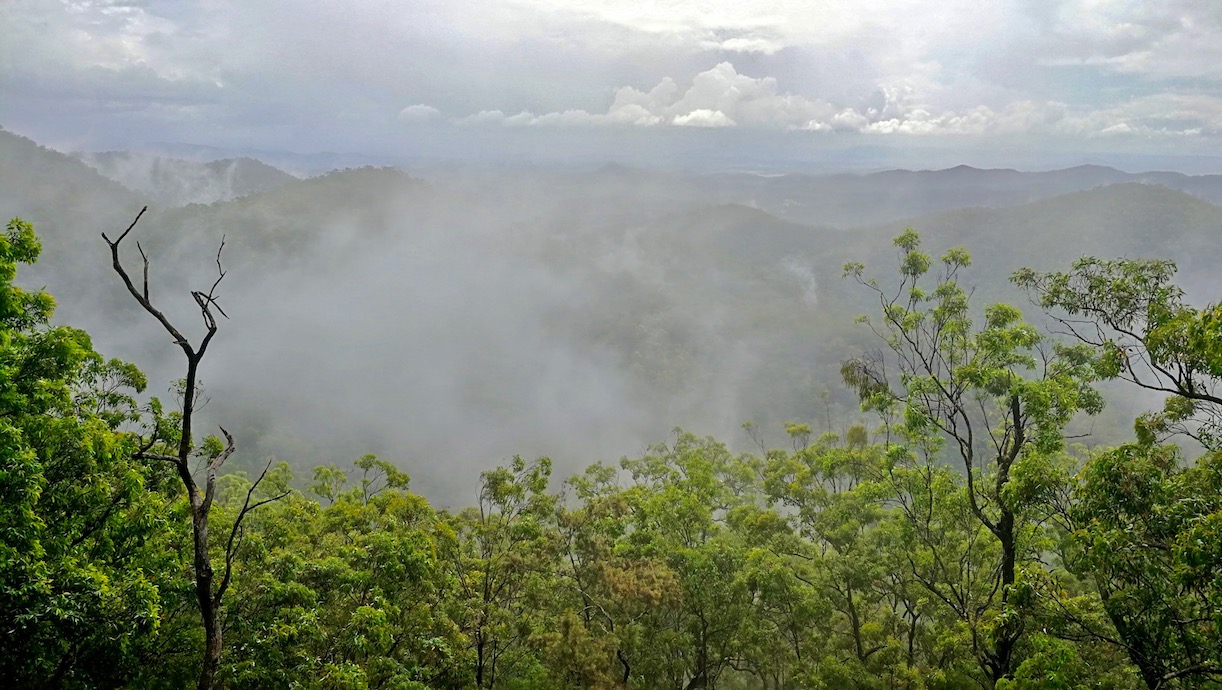 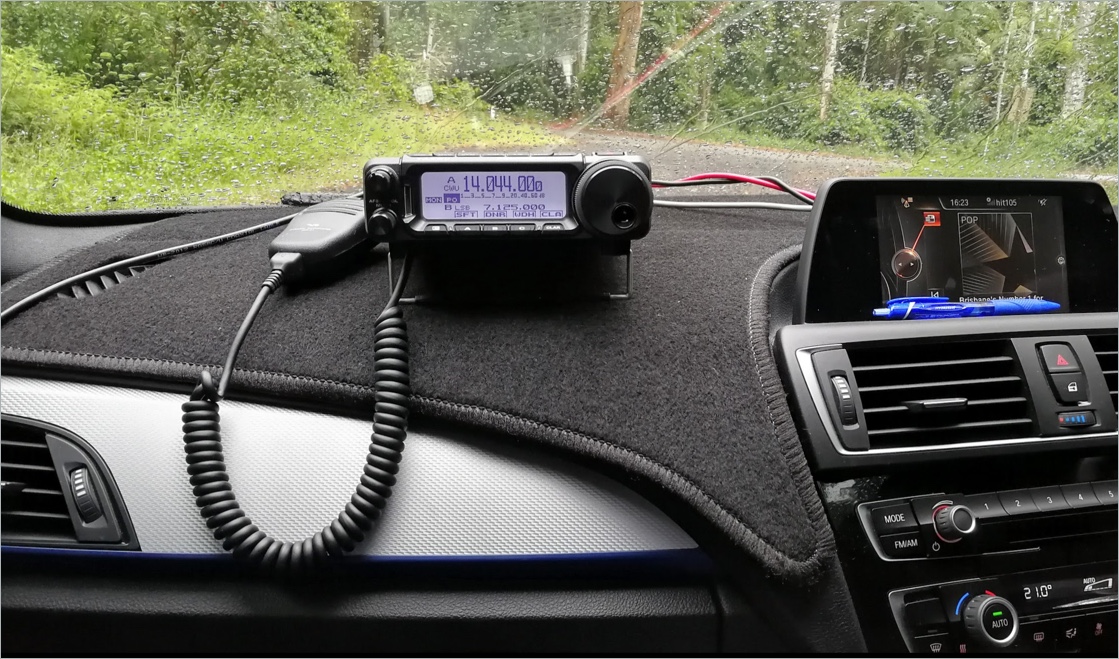 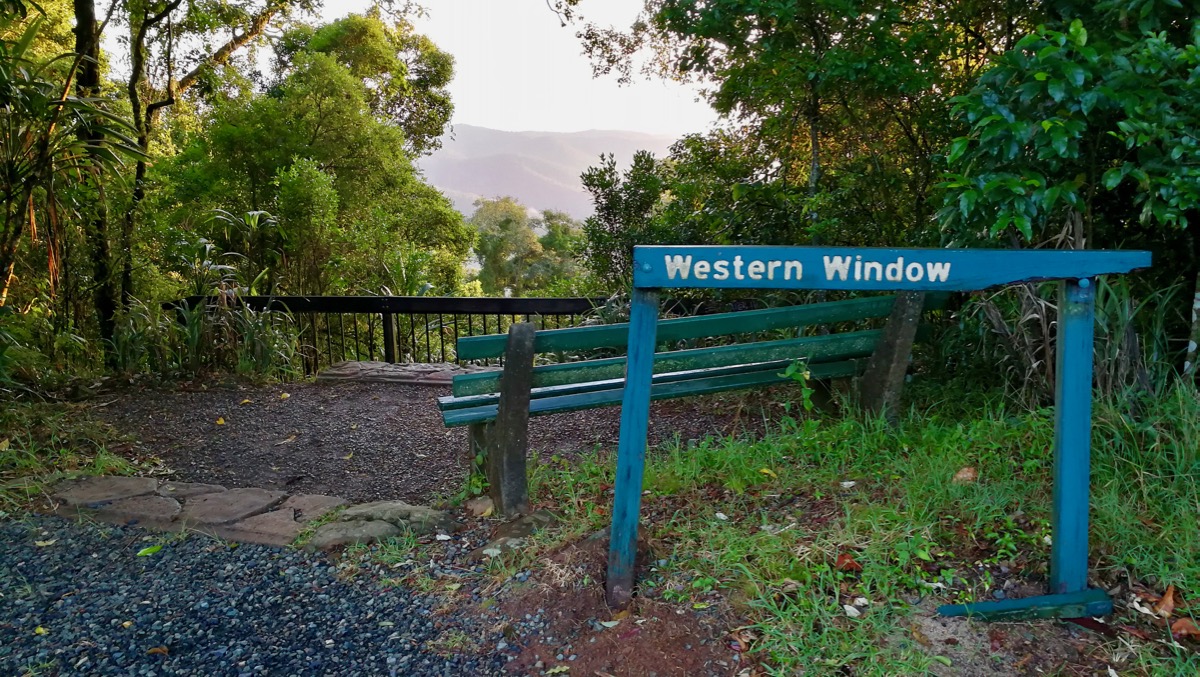 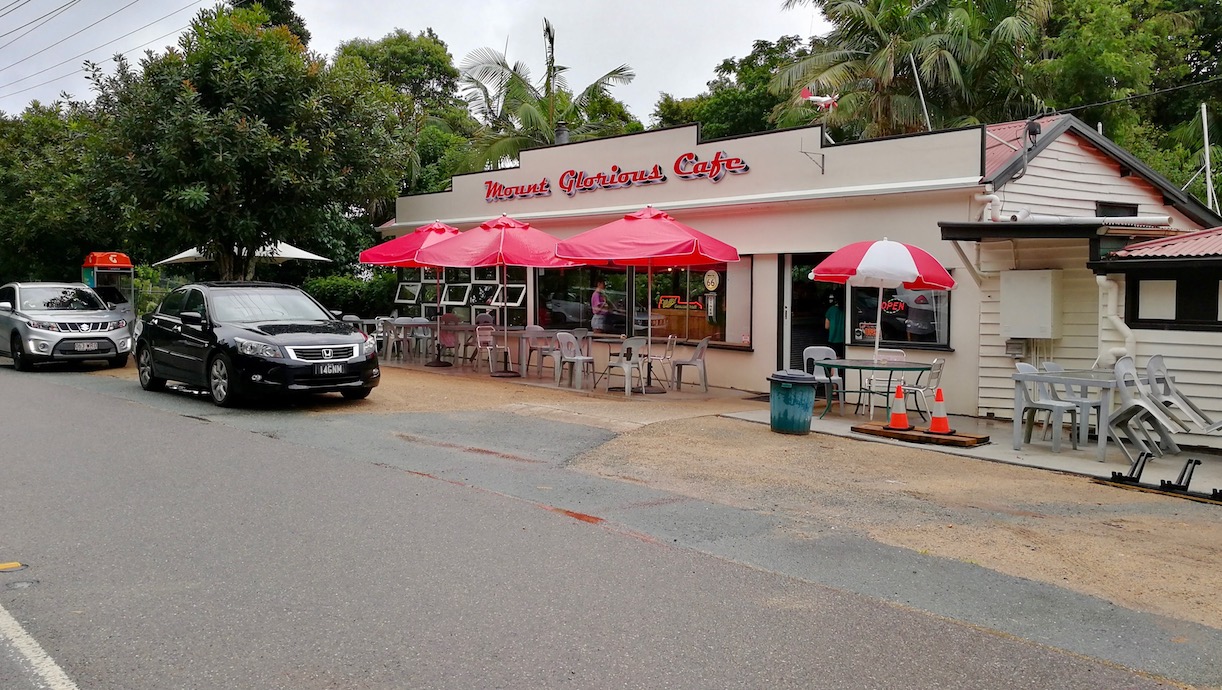 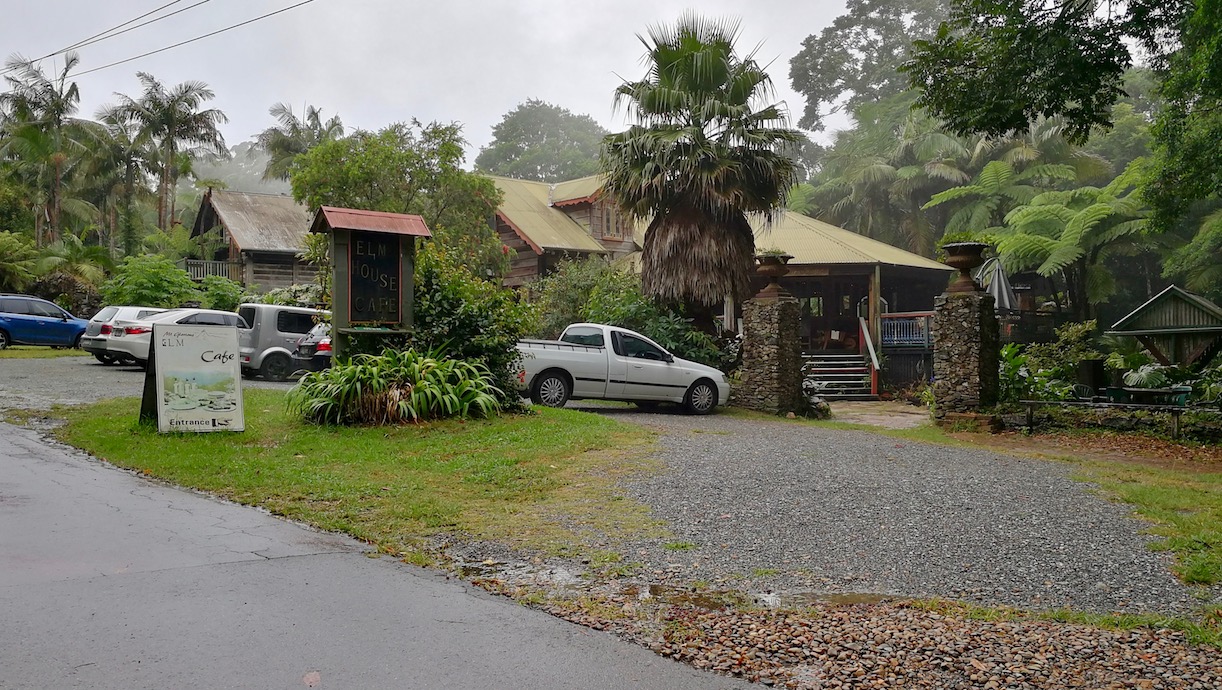 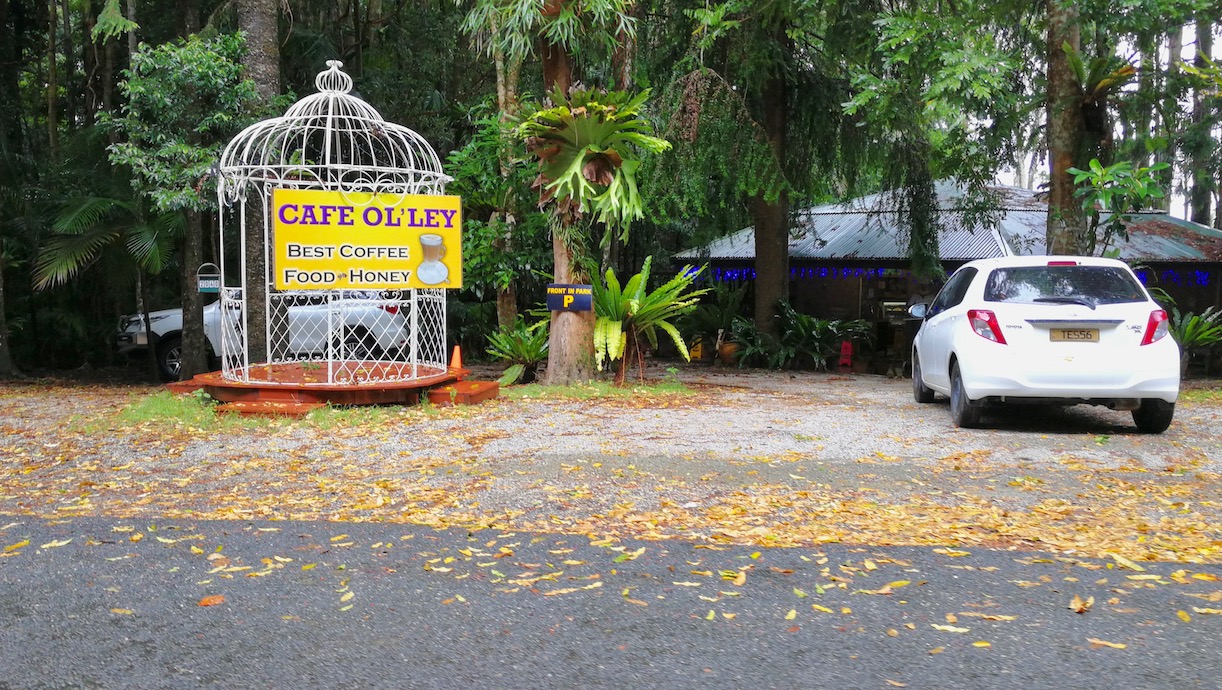 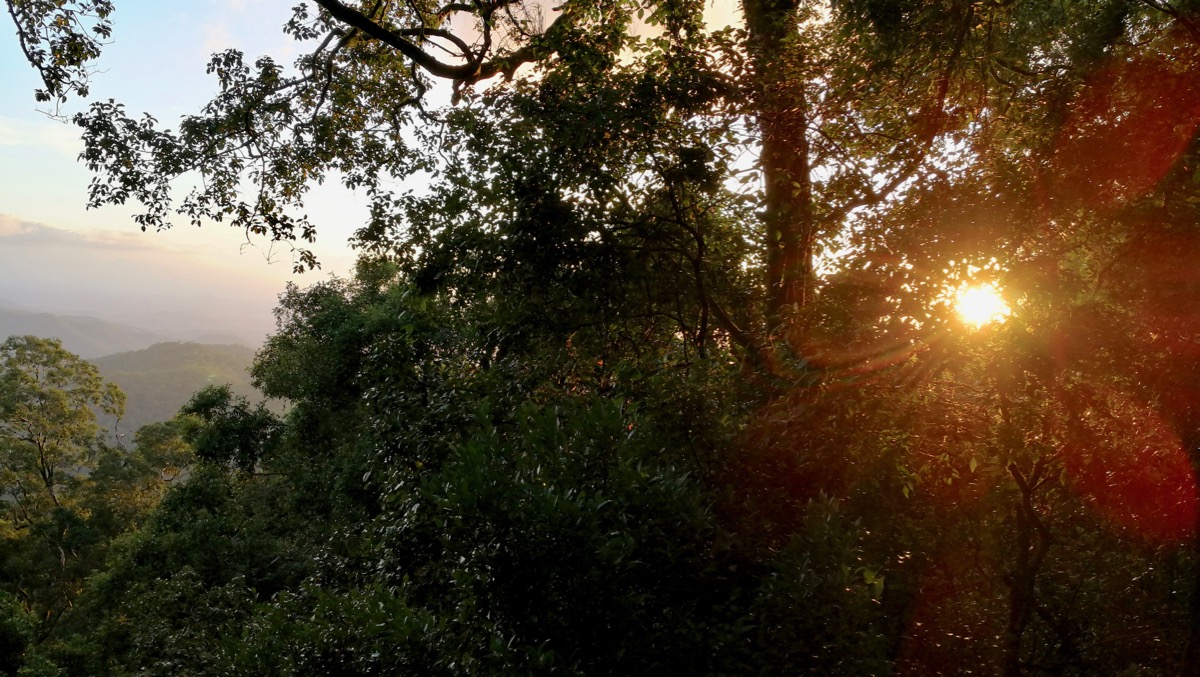 Hi, I’m Mike VK4DX from Brisbane. I have recently moved to an apartment building and having no antenna options here I’m completely QRT when it comes to HF bands operation.

However, thanks to a good friend of mine Mario DJ2MX, in recent weeks I have started considering getting on foot and operating from some summits here in SE Queensland. I have also planned visiting a few islands to get a bit active in the IOTA program.

My SOTA experience is pretty much zero, except from what I’ve read on number of VK SOTA gurus blogs. However I’m pretty excited to join up the ranks.

Equipment wise – I have nothing. Not exactly nothing, but nothing that one can lug up the mountain, such as FT-DX3000. I’m in process of getting a new tiny FT891 and building some portable antennas so that I can be ready around end of January.

The only thing I’m still not sure about is the power, I’m guessing the LiFePo 4 batteries are the way to go, the 8400 mAh sounds the right one to get but Hobby King seems to be out of stock at the moment, which is unfortunate. Hopefully they get some stock pretty soon.

While I’m at it (SOTA), I may think of activating some of the VKFF locations, not sure about the program details, but I’m hoping to educate myself about it in coming days.